Two trails lead to Fish Creek Falls: one to the overlook, the other to its base.

The original “Coors Falls,” Fish Creek Falls is known as a “rabbit” waterfall because its shape resembles a rabbit. It inspired the beer can that was introduced in 1937. When Coors Light was introduced in the 1978, Melton Falls, near Marble, replaced it.

Four miles east of downtown Steamboat Springs, the 283-foot waterfall pours out of Mount Zirkel Wilderness Area. An ideal spot for a short, handicap-accessible hike to the base of the falls, it’s also a jumping-off point for miles of day hikes. From Lincoln Avenue, turn north on Third Street, then right on Fish Creek Falls Road. Follow it to the end. Daily parking fee: $5

Few small towns have a museum as extensive as the Tread of Pioneers Museum on Eight and Oak streets in downtown Steamboat. The facility reached a new level in spring, when it opened renovated and expanded displays, including the Ski Town USA® Exhibit, Native American Gallery, Victorian House (an authentic 1908 Queen Anne-style home), Agricultural Heritage Exhibit and rotating exhibit space. While not open to the public, the new collections facility supports the museum’s expansive programming. Open Tuesday-Saturday, 11 a.m.- 5 p.m. 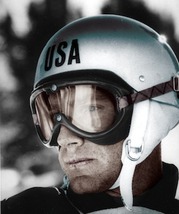 Who was Buddy Werner, and why is Bud Werner Memorial Library named after him? A permanent exhibit in Library Hall lobby explores this question. Not only was Werner one of the greatest American ski racers of all time, but this beloved local hero and international celebrity literally put Ski Town USA© on the map — plus he was an advocate of lifelong learning.

Steamboat’s public library, extensively expanded in 2009, is a LEED Silver-certified structure with a commanding view of the Yampa River. In the short time since the facility opened, it has become a focal point in the community. It has book and magazine collections, public computers, library-wide wireless access, a lively children’s section, local history room and plentiful free adult and children’s programming.

Home to the Howler Alpine Slide and the access point to miles of mountain-bike trails, Howelsen Hill Sports Complex is unique as a city park. Winter athletes train year-round on the plastic-covered ski jumps, Triple Crown softball tournaments are headquartered here, and a BMX park, skateboard park, horseback riding, volleyball and picnic areas are among the amenities. The rodeo arena is adjacent to the park.

Enter via Howelsen Hill Parkway, from Fifth Street, or by bike or on foot from the Yampa River Core Trail, which runs parallel to the complex.

One of the few botanic parks in Colorado, Yampa River Botanic Park consists of six acres of ponds, berms and more than 40 gardens showcasing plants from the entire river basin, which stretches from 12,000 feet in the Flat Tops Wilderness to 4,000 feet where the Yampa meets the Green River and then the Colorado River in Utah. The park’s serene setting is ideal for a stroll, a wedding or similar event, and is a summer music venue.

From U.S. 40, turn south onto Trafalger Lane, then left onto Pamela Lane and park in the lot at the end of the road. Walkers and bikers may also access the free park via the Yampa River Core Trail. Open from dawn to dusk. No dogs allowed.