Steamboat Ski Area has historically featured a cast of characters, ranging from its original visionaries to big-time operators, from legendary athletes to hard-working ranchers.

In addition to the founding families, featured in the "Family Ties" article, here are 50 personalities who contributed to the shaping of the ski area. Although some are racing champions, this is not a list of Olympians; those will be duly recognized in 2014, the next Olympic year.

Doug Allen -  Has been with the mountain since 1986 and is vice president of mountain operations, as well as a member of the National Tramways Services Board.

Mix Beauvais - The first marketing director of Steamboat, Mix spent 16 years promoting the fledgling ski area, seeing it through to its fruition as a world-class ski area in the 1980s.

Marvin Crawford - One of the original founders of the ski area, Marv was also a ski jumper, who was elected to the National Ski Jumping Hall of Fame and the Colorado Ski & Snowboard Hall of Fame.

David Crisler - Worked at the ski area for 44 years and is currently director of slope maintenance, as well as a veteran ski racer and jumper.

Esther Delli Quadri - Was the first female ski patroller on the mountain, Winter Carnival queen, ski racer and long-time race
official, who is currently on the board of the Rocky Mountain Division, USSA.

Hans Geier - Current nominee for the U.S. Ski and Snowboard Hall of Fame, Geier was the ski area president for nine years, increasing annual skier-day visits from 360,000 to over 1,000,000

Sherry Gibson - Joined the ski area in 1980 and has served as executive assistant to the president since 1994.

Martin Hart - Was chairman of the Steamboat Ski Corporation from 1980 through 1989; stayed on as chair through 1991 under Kamori Kanko ownership.

Ray Heid - An Olympian and familiar cowboy in Steamboat, Ray skied the backcountry with Buddy Werner et al. before the ski area was opened, and he still skis it today.

Delbert Heid - Served on lift & maintenance crews when the resort opened and was a member of the National Ski Patrol.

Errold Hitchen - First paid ski patrolman at the ski area, Hitchens helped to build the Christie and Thunderhead lifts. Supervised the ski area for LTV Recreation Development from 1974 to 1981, during which time sales doubled and the ski area grew to 600 employees.

Carl Howelsen - The father of skiing in Steamboat Springs and beyond, jumping over an elephant inside a tent at Barnum & Bailey Circuses throughout the United States. Howelsen Hill is named for this famous Norwegian Olympian.

Kimihito Kamori - President of Kamori Kanko, which owned the ski area from 1989 through 1997. Kamori Kanko operates ski areas and other resorts, primarily in Japan.

Billy Kidd - Steamboat's director of skiing since 1970, silver medalist in the 1964 Olympics and world champion, 1970.

Gary Kihlstrom - Helped to build the first lift at the ski area, tended bar at the old Gallery restaurant, initiated security at the ski area. The Kihlstrom maintenance building is named in his honor.

Kent Kirkpatrick - "Switchboard Kent," the voice of Steamboat since 1994.

Bob Kuusinen - The former vice president of mountain operations, Kuusinen worked for the mountain for 31 years. Kuus' Cruise run is named after him.

Ruth McClelland - Worked for the ski area for 30 years, as an instructor, supervisor and administrator. Daughter of Rudi Schnackenburg. 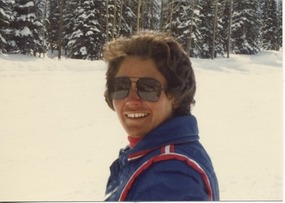 Gary Mielke - Served as ski area president for five years, during which time snowboarding was legalized.

Glen Paulk - Supervised the ski area for LTV Recreation Development from 1974 to 1981, during which time sales doubled and the ski area grew to 600 employees.

Sherm Poppen - Creator of the "snurfer," the forerunner of the modern snowboard.

Dick Randolph - Oversaw operations and lifts at the ski area in the 1970s, after which he became chairman of the Colorado Passenger Tramway Safety Board chairman.

Rudi Schnackenberg - Was a 10th Mountain Division veteran and ski school supervisor. Rudi's Run is named in his honor. 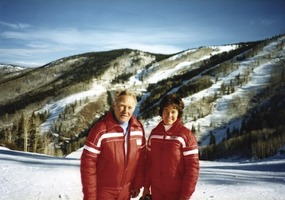 Park Smalley - Dubbed the “godfather of freestyle skiing.” The freestyle complex on Voo Doo run is named in his honor. He is a member of the Colorado Ski Hall of Fame. 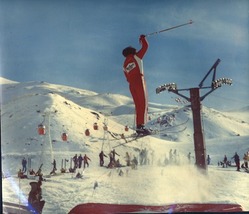 Chris Smith - The owner of Powder Pursuits, Chris contracted his services to the ski area to create its first ever snowboard instruction program.

Charlie Swinehart  -Ticket sales superintendent for 16 years. The women who worked in the office with her were affectionately dubbed “Charlie’s Angels.”

Marion Tolles - 25-year career at the ski area culminated in her position as executive assistant to the director.

Sureva Towler - Wrote the book on skiing in Steamboat. Literally. Her book, "The History of Skiing at Steamboat Springs," forms the backbone of most writing on the subject.

Cathy Weidemer - One of the most photographed skiers in Steamboat, Weidemer was the public relations manager at the ski area. With Pete Wither, she developed the first summer mountain biking program. "Cathy's Cutoff" bike trail is named in her honor.

Deb Werner - Has worked on the mountain for 40 years and is currently director of lift operations.

Sven Wiik - Olympic gymnast from Sweden who coached many local skiers and whose influence shaped the Nordic community. 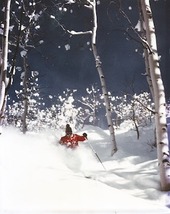 Gordy Wren - Steamboat’s only four-way Olympian (alpine, cross country, jumping and Nordic combined); he went on to coach all three Werner children, among hundreds of other young skiers at the Steamboat Springs Winter Sports Club.

Nominate your own Steamboat hero at www.steamboatmagazine.com