DANCE THROUGH THE DECADES 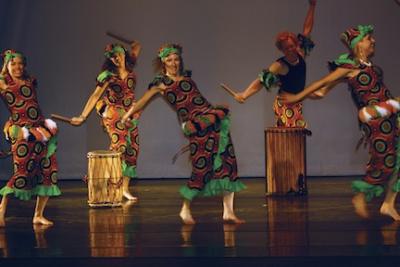 The old red and blue gondola cars were still swaying 100s of feet above the Steamboat Ski Area and mountain biking was yet to be “discovered,” but dance already flourished in Steamboat Springs in 1972. Originally called the “New Dance Group,” then “Depot Dance Theatre,” the organization was later renamed Steamboat Dance Theatre and a community mainstay was born.

During the past 40 years, SDT has developed into a year-round organization, offering classes and dance scholarships, hosting visiting professional troupes and outreach programs. Plus, of course, its always sold-out annual dance concert.

“Looking back, it’s the funny things you remember, the mistakes made or the people you laughed with. It’s mainly the people more than the dancing,” says dancer Jean Labaree. For her, the 1980s were the most memorable – a time of tap, jazz and building lifelong friendships.

This year she’s dusting off the tap shoes and choreographing a piece for the 40th anniversary concert, “Dancing Through the Decades,” with newfound friends and those she laughed with decades ago…like Gina Toothaker, who also choreographed a piece for this year’s annual concert, Thursday-Saturday, March 15-17.

Their pieces are two of 16 in the performances. In honor of its big anniversary, the 2012 event is showcasing a range of dancers. “We have people who danced 30 years ago and brand nedancers. It’s a nice blend of past and present,” says Toothaker.

The volunteer dance crew of 150-plus began rehearsals in November, practicing pieces ranging from country to African.

“The annual concert is what we’re most well-known for. But it’s the lifeblood to everything else we do year-round,” says six-year SDT president Traci Smith. The annual concert is the main source of revenue, which allows SDT to “get the word out, to promote dance in our community all year.”

The group funds a scholarship program, which will award more than $7,000 in 2012 for dance students of all ages with financial need, Smith says. SDT would also like to build on last year’s successes and ramp up its school outreach program this year. And community events like last year’s free library series will continue.