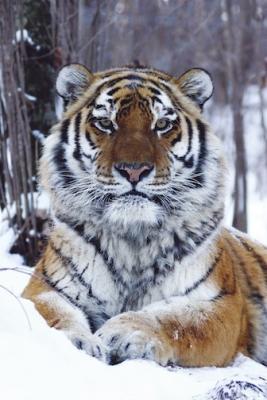 Steamboat Springs, CO - Our snares were set when we awoke at midnight on Jan. 28 – a transmitter was signaling that a tiger had been caught. Since it was too cold (-15F) to wait until dawn — her paws could freeze while in our snare — we would have to immobilize her immediately. After a short approach, we left the safety of the truck and, while I held a spotlight that blinded the tiger to our presence, John Goodrich, field director of the Siberian tiger Project, fired darts.

We were here, standing in the cold of a Siberian night, as part of a joint American-Russian effort to save the last of the Siberian tigers. This female represented one of only approximately 400 individuals that remain in the Russian Far east. If this was our target animal, she was a problem – a female that had been roaming local villages for two winters, eating dogs tied up outside at night. Why was she coming into these places, causing considerable consternation among the inhabitants, when most tigers are able to make an “honest” living in the forest on deer and wild boar populations? We hoped getting our hands on her would provide answers.

Her head slowly lowered as the drugs took their effect, and in 10 minutes, we learned that indeed she was our culprit – an old female with teeth in terrible condition. Were her broken teeth preventing her from killing natural prey? In the frigid cold, we debated what to do. Under different circumstances, we might have trans-located her, or perhaps even brought her into captivity. But from snow-tracking, we were armed with another fact — she had a cub out there, about 3 months old, awaiting her return. To move or remove her would ensure the end of her cub. There was little we could do but put a radio-collar on her and release her. our plan would be to follow her closely, scaring her away from farms and settlements whenever possible. Hopefully, she and her cub would survive the winter.

In talking with local people, we learned more. They told of the deep snows of the previous winter, when stranded deer were tracked down and nearly eradicated by hunters. The problem, it appeared, was not just an old tigress with failing teeth – there was nothing left to prey upon in the forest. while it is easy to blame the local people, their condition is also critical – unemployment rates in these small forest villages often reach 50%. How do we meet the needs of local people and ensure a future for the world’s tigers? That is the question conservationists are facing across tiger range in Asia. Answers vary in each country, but in Russia we are working with local hunting groups to improve management of game species so that both hunters and tigers will benefit.

In the meantime, we know this female survived the winter, and we are hopeful her cub is still out there, carrying on, and staying away from villages. 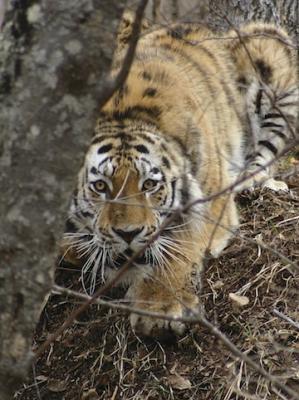