“Live music brings people together, everyone is listening and experiencing it as one; it’s a community affair,” Richardson says. “The sound of the orchestra stirs the spirit.”

Since 1991, local and regional musicians have been working toward that goal. Even in its early years, the orchestra’s enthusiasm and emerging talent were apparent. Recently, the orchestra has transitioned from amateur to professional and from classic simplicity to challenging arrangements.

As its 20th anniversary season opens in September, SSO musicians and the board of directors contemplate the future of classical music in Steamboat. “We hope to continue providing people the opportunity to play great music and to produce great music to listen to,” explains Linda Hamlet, board president. Amazing audiences at its annual concert series is only one of SSO ’s goals. Increasingly, the orchestra is turning its attention to local youth. “We’d love to be able to reach youth that would not otherwise be exposed to classical music,” says SSO Executive Director Lou Mathews.

Current SSO programs include the Steamboat String Ensemble, the Cello Choir and youth groups, and it hopes soon to introduce a Flute Choir. When former SSO protégé, flautist Patrick Williams, brought the audience to its feet at last winter’s holiday concert, the realization dawned that Steamboat not only produces Olympians, it also nurtures musical talent.

Inspired by the success of young students like Williams, noa conservatory student at Oberlin College, Hamlet says SSO has set music education as one of its primary goals. Students 19 years old and younger are eligible for SSO scholarships, and children under 12 are admitted at no charge to concerts.

Step Into the Setting 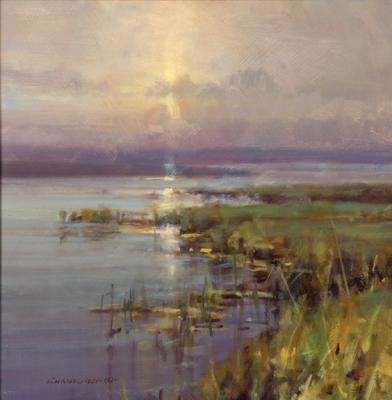 Entering Steamboat Art Museum, visitors step into picturesque landscapes that depict not only the West, but the world.

Most of his works begin as plein air studies and are later finished at the easel. His paintings are in major collections such as the Prix de West and the permanent collection of Grand Teton National Park’s Craig Thomas Visitors’ Center.

Perhaps the integrity of Christensen’s paintings of the West stems from the fact that Wyoming is his home. He attended college on a football scholarship but when injury ended his career, he recovered by fly fishing and visiting his grandfather, an amateur oil painter. Inspired, Christensen earned a degree in art education.

About 40 of Christensen’s paintings are on display at the Steamboat Art Museum through mid-October. The artist visited Steamboat to attend the opening events in June.

“He was really excited to be here. He has actually painted in Steamboat once, in 1985, but we don’t have that work on display,” says exhibit curator Shirley Stocks.

“He is an incredible painter and his work has universal appeal. Personally I like the softness of his most impressionistic work,” says SAM’s Betsy Chase. She points to a personal favorite, “Green Marsh,” and explains, “I like the focal point of it and hobeautifully the light is reflected.”

“It is not often that a body of work by a living artist of this quality can be shown in a rural area like Steamboat. The museum is really gaining national recognition as it brings in these world-class exhibitions,” Stocks says. 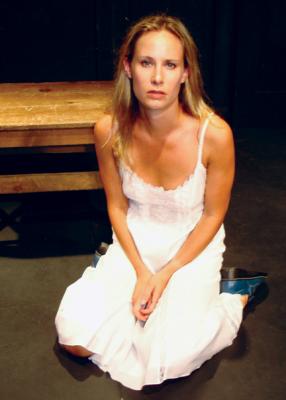 During the annual gala for the American Place Theatre in NewYork City last May, Manuel Simons’ 15 immigrant students from Newcomers High School made their debut.

Simon crafted the brief, intimate and compelling performance from interaction between Simons’ Literature to Life classroom residency and childhoods spent in conflicted places like the Congo, Bangladesh and Cote d’Ivoire. The students’ stories and insights were so powerful that they practically stole the shofrom Pulitzer Prize-winning author Junot Diaz, whose own fiery comments would follow.

This is the power of Literature to Life – a program that is part performance, part conversation, and wholly devoted to unraveling and enriching the social truths behind significant American literature. American Place Theatre comes to Steamboat Springs in November for two days of Literature to Life community engagement surrounding Jeannette Walls’ bestselling memoir, “The Glass Castle.” This fall, Bud Werner Memorial Library launches a One Book Steamboat community read featuring “The Glass Castle.” Everyone is encouraged to read (or re-read) Walls’ memoir of survival and resiliency, as she and her siblings fended for themselves during a precarious and transient childhood.

On Tuesday, Nov. 1, the library hosts American Place Theatre’s dialogue surrounding “The Glass Castle.” It will be reminiscent of Simons’ classroom residency and will be spurred by a brief excerpt from the play.

On Wednesday, Nov. 2, Strings Music Festival presents actress Sarah Franek performing a live adaptation of “The Glass Castle,” in which she plays upwards of seven characters in a one-hour performance. A group of local students will also engage in “The Glass Castle” via a school residency – not unlike the fortunate students of Newcomers High School in New York.