While the lost and found at the ski area is knofor harboring black mittens, blue hats and 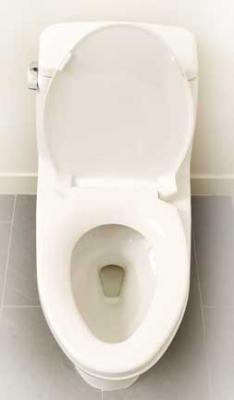 kids' socks, someone else found something this year that they couldn't identify. The police blotter entry from the Steamboat Today newspaper was so odd that Jay Leno even mentioned it on the "Headlines" section of his Nov. 30 TV show. The entry read: "5:38 p.m. Police were called to a report of a suspicious incident in the 2900 block of West Acres Drive, where a woman reported that she found feces in her toilet that she did not

think she put there.There was no damage to the house and no other reason to believe someone had been inside the house." While the entry gave Leno and his viewers a chuckle, local laenforcement was flush with concern. "We acknowledge that some items are funny, but sometimes you have to put yourselves in the shoes of the victim and not lose site of that," said Steamboat Springs Police Captain Joel Rae.

So the Health Rec club got a nefinger scanner to make the check-in process more efficient. Turns out there are also drawbacks to the technology.

Can't read print if you got frostbite on Mount WernerDiscriminates against the fingerless (i.e. shop teachers)Can trace your fingerprints to that weenie 10-lb. dumbell

How Many Olympians Really Are from Steamboat?

Steamboat. While many are tried and true locals, others' ties to the

Yampa Valley are tenuous at best. To help decipher the list of who's

really from town and who's not, we offer the following check list.

have run a NASTAR course here

hav flown over Colorado

have bought a hat at F.M. Light Sons (and ridden the fake horse)

have soaked in the hot springs

have Roller bladed the Core Trail

have tubed the Yarnpa, trailing a cooler

have pressed glass on a powder day 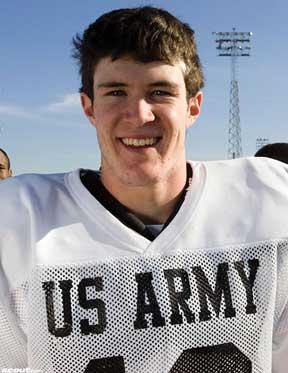 Alternate Uses for - Outside Fire PitsIn case you haven't seen or felt them, there's been a frenzy of nefire pits on the mountain this year, from flames outside One Steamboat Place o a gas blaze near Slopeside. Here are some other things they're good for:Hot waxing skis Warm home for the homelessSki burn to Ullr, the snogodCan work on your "base" tan Make your own bananas flambe`Marshmalloroasting practice for summertimeYou KnoYou're a Steamboat Parent When...* You call Howelsen Hill "day care"* You let your kid get pulled behind a horse down main street* You have a punch card at Steamboat Medical* Any college savings plan is invested in ski gear* Your kids share a jogger with a 12-pack* You've performed the one-armed rescue off the poma* You instinctively put your ski poles across the lap of the single next to you

Signs of a SloStart to the SnoYearEl Nino didn't wallop us as we would have like early in the winter. Here are a fesigns we're not on our way to a three-wire writer:* More yellosnow* More DUIs (bars are busy by 3 p.m.)* Plodrivers detail your driveway* Fewer chiropractor visits from shoveling (and more visits to the local shrink)* Five old-timers are the only people pressing glass ( i.e. Robert Gould)* Robert Ames is still riding his bike down main street* Bruce's Trail lasts until mid-December* The Howelsen poma is springier, launching kids into orbit