Boardin’ and the Beetle Battle

So the pine beetle is ravaging the Yampa Valley. What’s that mean for

skiing and riding the mountain? 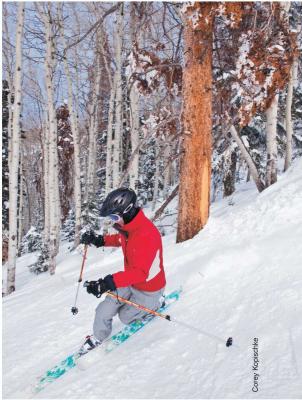 This Snow's Fine (If Not the Pines): Amy Gregorish schusses by signs of beetle kill along the Westside run of Mount Wener. Photo By: Corey Kopischke

While the ski area is not immune to the pandemic, it is lucky. Because

its slopes are covered by a variety of tree species, including aspen, spruce

and subalpine fir, most of its famous tree runs – including Shadows,

Closets, Twilight and others – have been spared.

Thanks to early season skiing missions, Steamboat Magazine’s crack investigative team has unearthed the following tidbits of hothe beetle might affect your boardin’: 1) if you’re shredding the OB of Golf

back to the bottom of Pony Express; and 2) expect to slalom around

beetle kill in portions of Land of the Little People.

A fetrees have also already gone the way of the mill. About 900 lodgepole – mostly in Rough Rider Basin and near Vagabond Saddle, Thunderhead Lift, Why Not and Lower Valley Vie– were cut down this fall by the Steamboat Ski & Resort Corp. While that might provide additional glade-like options on the mountain’s lower reaches, it’s just the beginning.

“Addressing the effects of the mountain pine beetle epidemic

will span the next several years,” says Steamboat Vice President of Operations Doug Allen. With experts saying that every lodgepole in Colorado will be dead in the next two to three years, Steamboat could see additional clearings in beginner terrain as well. Stay tuned for further reports from the tree-lined trenches.

Think twice about what days you want off this winter. We here at Steamboat Magazine plan to take them on Mondays and Wednesdays. 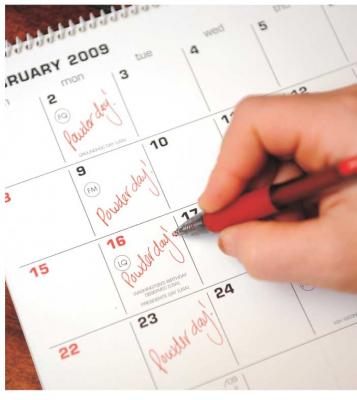 Steamboat Magazine’s official snow-day guide Forget the mojo attached to your Phat Tuesdays and Fantastic Fridays. After analyzing stats from the past five years, tirelessly scrolling through reams of statistics to find out which days receive the most snowfall, it’s Mondays and Humpdays that have historically recorded the most 10-inch-plus powder days (notice to employers: take extra note of suspicious sick day accumulation).

Still, some eschesuch statistics in favor of plain old intuition. “I always shoot for Mondays, because my roommate had to work those one year and he got hosed,” says Nate Bird, a freestyle coach at the Steamboat Springs Winter Sports Club. “Not me,” answers Ski Haus’ Todd Fellows. “I’ve always wanted Tuesdays off. Those always seemed to be the epic day.” Adds the store’s Vince Gigliotti: “You win some, you lose some – if you had a hole in one every day, who’d want to play golf?”

Scientologist or not, you can stop holding your breath. Here’s our official,

unequivocal five-year tally of days receiving the most snow: