Drink from Steamboat’s Lithium Spring and legend has it that youth and vitality will be yours forever. Don’t tell that to today’s crop of young winter athletes in town. They’re spry enough as it is. Whether due to nature or nurture, Ski Town USA’s cadre of adolescent athletes keeps getting better. You see them bashing gates, whisking by on Nordic trails and hucking carcass in the terrain park. While they might specialize in different disciplines and come from different backgrounds, they all share one thing that has helped them reach their sport’s pinnacle: the training and romping grounds of Steamboat is part of their upbringing. It’s the rest of us who could use the lithium to keep up.In the Pipe with Blake Eddington   Hone your snowboard slang before conversing with halfpipe specialist Blake Eddington. The 16-year-old ripper won the final event of last year’s Chevrolet Revolution Tour at Oregon’s Mount Bachelor by nailing a 720 into a cab-900 (starting switch, two and half spins, landing forward), which qualified him for the 2008 US Grand Prix Tour and gave him a third-place showing overall. In snowboardspeak, the dude’s a phenom. 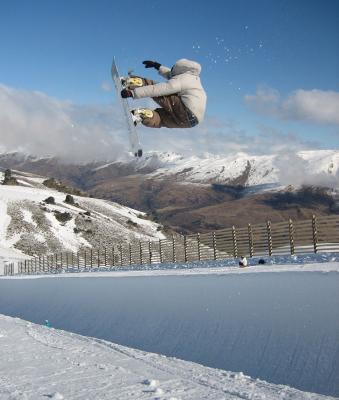 Blake Eddington catches air in the halfpipe   “I hoped to do well on the tour last year,” says Blake, who moved to Steamboat from Corpus Christi, Texas, when he was seven. “But it was pretty competitive.”    His results earned him a spot on the U.S. Junior Gold Team, a weeklong development camp on Oregon’s Mount Hood. He hopes to use that training at this year’s Junior World Championships in Russia. “He’s always been super-talented, but last year a light bulb went off and his confidence sky-rocketed,” says coach Jon Casson. “Nothere’s not an ounce of doubt in him.”  He carries this confidence to both slopestyle and halfpipe events, but prefers the pipe more. “It lets you link five tricks together instead of two,” he says. “It seems to flobetter.” Also a talented mid-fielder for the high school soccer team, Blake took 14th last year at a Grand Prix snowboarding event – the top level pro contest in the country – and with another year under his baggy belt, he’s poised to do even better. “He’s one of the favorites going into this year’s Chevy Tour, and should rip it up on the Grand Prix circuit as well,” Jon says. “He’s never been afraid to go huge.” Bridger Root: Making a Mountain Man    Bridger Root, 18, will never forget his 14th birthday. That’s when he finished climbing the last of Colorado’s 54 14,000-foot peaks, capping a goal that began after bagging his first, Mount Huron, at 8. While the accomplishment earned him accolades as one of 2007’s Outdoor Idols by Boulder’s Outdoor Industry Foundation, he’s far from hanging up his ropes. Since then, he has climbed all the other 14,000-foot peaks in the Lower 48 (for a total of 71) and last spring, he topped out on Europe’s Mount Blanc and Alaska’s 20,320-foot Denali.   “I like having goals I can actually focus on,” says Bridger, noa freshman at Whitman College in Walla Walla, Wash. “Mountaineering’s fun because not too many other people my age are doing it.” 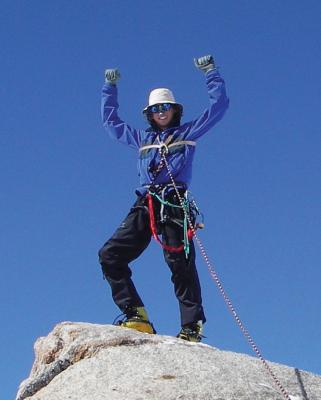