Expansive views like this are common on the Continental Divide Trail. Photo by Ken Proper

The hiker standing in line at the Steamboat Springs post office kind of looks like a local. Wearing a synthetic t-shirt, shorts and hiking boots, he could be any outdoorsy Steamboater waiting to pick up a package.

Except he’s carrying a full, expedition-sized backpack with an ice axe strapped to the outside: Why didn’t he leave that in the car? And every time he shifts his load, the odor escaping from under his pack straps signals he isn’t just starting his hike— he’s already logged a few trail miles. About 1,400 miles, in fact. With just 1,400 to go.

Steamboat is a rest area along an interstate highway most ‘Boaters don’t even know exists. Each year, some 30 people thru-hike the entire Continental Divide Trail, which follows the Rockies’ spine from Mexico to Canada. Occasionally, the route skirts towns like Steamboat – which serve as pit stops. Northbounders, or hikers traveling from Mexico to Canada, hit Steamboat in June; southbounders pass through in September. They grab a shower, a burger, maybe a package containing food, maps and gear they’ve shipped to themselves. Then they filter back to the trail to resume their journey: Should you see a backpack-toting hitchhiker thumbing a ride to Rabbit Ears Pass, where the trail crosses U.S. 40, chances are they’re thru-hiking the CDT.

The CDT’s cousins are the venerable Appalachian Trail, which hugs the eastern mountains, and the Pacific Crest Trail, which follows the Sierra and Cascades. But the CDT is the wildest, toughest, most elusive jewel in the Triple Crown of long-distance trails. It explores the Rockies’ most remote and forbidding terrain, hovering around 11,000 feet through the mountains and traversing vast deserts. And sometimes it isn’t even a trail at all, but merely a suggested route. Only 67 percent of the CDT is complete, meaning hikers must often chart their own course using wilderness navigation skills. Averaging 17 miles a day, thru-hikers typically spend about six months backpacking the CDT. For some hikers, even that’s not long enough.

Clint “Lint” Bunting thru-hiked the CDT in 2007, after compiling an impressive long-distance hiking resume: The Ice Age Trail in 2003, the Appalachian Trail in 2004 and the Pacific Crest Trail in 2006. That’s not unusual; like a double-blackdiamond ski run, the CDT hardly makes a suitable first trail for beginners. It’s also common for hikers to feel sad, rather than jubilant, when they finally reach the end of the line. The night before he attained the CDT’s southern terminus, after hiking some 2,800 miles south from Canada, Lint wrote, “This is my last evening on the CDT, the last night to watch the stars and feel the dirt under my bed until next year. Tasting freedom, no ... wallowing in it for over four months, and noit comes to an end. Hoelse could I feel? Hocould I not want this night to last forever?”

Thru-hiking the CDT – or any of the nation’s great long-distance trails – offers a way to drop out of society, to pursue an alternative lifestyle where things like jobs, houses and commercial entertainment have no impact. Walking through the wilderness is like a modern pilgrimage, and each seeker has his or her reasons for hitting the trail. Some crave the physical challenge; some love living outside; some hike to escape“real life.” And many, oddly enough, thru-hike to find community. 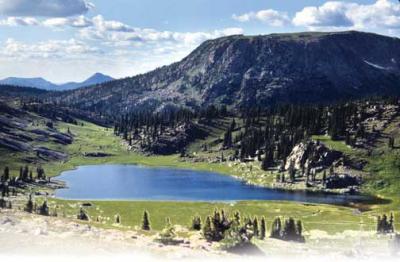 A view of Lake Albert, one of man lakes along the CDT. Photo by Ken Proper.

Like any offbeat pursuit, long-distance hiking generates its own coterie, its own culture. Hikers take on trail names by which they christen themselves anew, establishing a persona separate from their real world selves. The trail also produces its own jargon, such as “trail angels” (off-trail people who help hikers by offering rides, food, lodging, etc.), “yogi-ing” (fishing for handouts from strangers), and “HYOH” (for Hike Your Own Hike, meaning you should hike according to your own standards and not impose them on others). Many hikers form “trail families” that may hike together and offer one another support along the way. And even hiking solo, most thru-hikers consider themselves part of the hiking community.

Bert “Wildcat” Emmerson, who passed through Steamboat while thruhiking the CDT in 2007, says meeting good-hearted hikers is the reason he took to the trail. “Everyone takes care of everyone else,” Wildcat explains. “It’s the way the world should be.” He has had plenty of time to come to that conclusion: Until age 55, Wildcat worked for corporations such as Carnation and ConAgra. Yet hiking the CDT at age 59, he feels he’s finally found the sense of belonging he’s always sought.

In addition to the kinship he feels with his CDT compatriots, he has kept in touch with hikers and trail angels he met while hiking the Appalachian Trail (2004) and the Pacific Crest Trail (2005). “It’s really not about a solitary walk in the wilderness,” Wildcat says. “It’s all about people.” 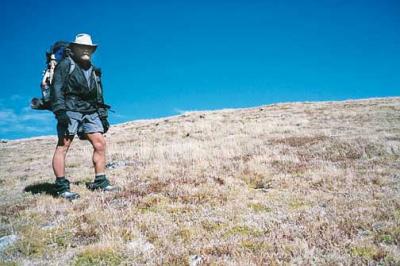 Yet as a counterculture, CDT thru-hikers sometimes act a lot like the rest of us workaday drones, suggesting that hiking the CDT simply exchanges one treadmill for another. Obsessing over homany miles they walked that day, CDT hikers can be as regimented and goal-driven as a corporate attorney. Wildcat monitored his pack weight with scientific precision (his billfold weighs 5.8 ounces). And materialism isn’t absent on the trail; it just gets redirected from cool cars to hot hiking gear. The covetous question isn’t, “Homuch did that cost?” but “Homuch does that weigh?” Thru-hikers sometimes even evidence a sort of elitism, viewing day-hikers and weekend backpackers with scorn.

Admittedly, thru-hiking the CDT requires adopting a wildly different lifestyle than most of us dare choose for ourselves. Hikers may wear the same outfit for 180 days at a stretch, with a rain jacket as their only accessory. Meals consist of no-frills backpacking food: mac’n’cheese, instant mashed potatoes, candy bars, refried bean mix. Showers – and personal grooming in general – are rare, in-town luxuries, so men generally sport the shaggy beard and longish hair you’d expect to see on someone who has been roaming the wilderness for months. 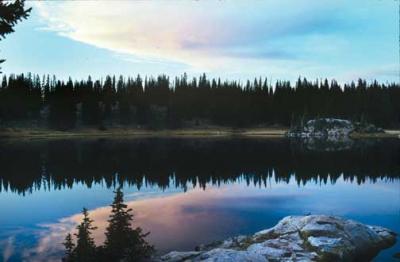 CDT thru-hikers also develop an intimacy with nature that’s difficult to achieve as weekend warriors. “We see more elk and antelope than hunters do,” says Wildcat, and that’s saying nothing of the moose, bear, mountain goat, badger, tarantulas, javelinas and ibex that CDT hikers often spot. As with wildlife, thruhikers’ lives are regulated by water sources: Better drink deep while you can, because the CDT’s alpine summits and high deserts are dry, water-starved locales. Lightning from afternoon thunderstorms is an omnipresent threat on a trail that’s largely above treeline.

Severe weather and rough terrain present additional dangers. Wildcat suffered frostbite on all ten toes when he tried to traverse NeMexico’s Mogollon Mountains before winter set in (winter won that race). In Montana, 700 miles from completing the CDT and becoming a Triple Crowner, Wally “Apteryx” Hockly slipped on a steep, loose rocky section and mauled his ankle bones and ligaments. With almost no water, he spent nearly three days waiting for help before making his way to a road crossing and hailing a ride to the hospital. “From 20 to 25 miles a day down to 100 yards a day was difficult to handle,” Apteryx says. But he hopes to complete the final stretch in 2009.

“They say it’s an addiction,” Wildcat admits. Perhaps that explains thru-hikers’ near-fanatical devotion to the trail. Or maybe, if you’ve ever had the impulse to ditch your daily planner, the CDT’s allure is something you already understand. 9:30am · Tread of Pioneers Museum
View All Add Your Event