A guide to environmentally-friendly building  Jeff Curé hates waste. When he and his wife, Grace, built their downtown Steamboat Springs home, he didn’t waste space, with the efficient design on the tiny lot. He didn’t waste time, enlisting gawking neighbors to hold 150-year-old timber posts in place while a crane lowered the reclaimed lumber floor supports and roof in place. And he didn’t waste materials, so a dumpster wasn’t needed until the end of the project. 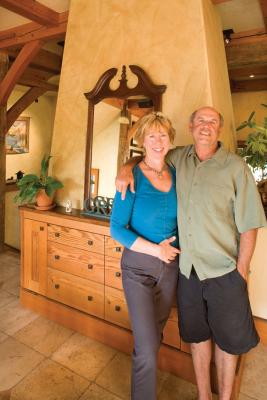